PRE CELTIC AND CELTIC PEOPLE. ANGLO-SAXON BRITAIN. INVASIONS OF THE VIKINGS. THE ENGLAND OF ALFRED THE GREAT. EDWARD THE CONFESSOR. THE BATTLE OF HASTINGS. 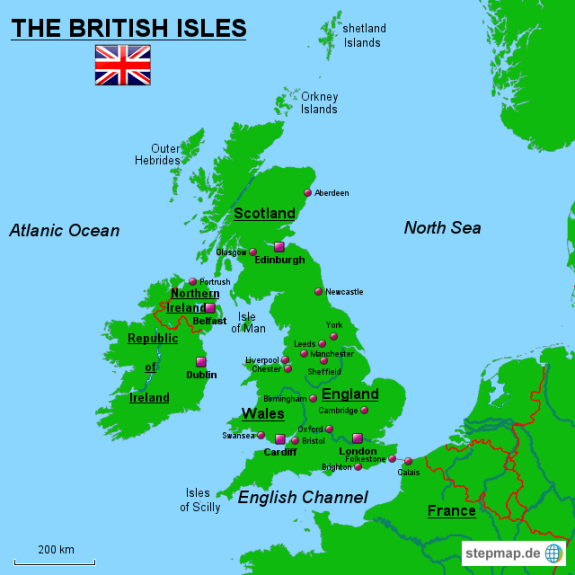 The very first stages of the existence of people on the British Isles are frequenly described as prehistoric and referred to as unwritten history of Britain.

The geographical position of the land was both a blessing and a problem: on the one hand the insular position pro­tected the country from invasions; and on the other – the lowland facing the continent always invited invasions.

The greatest material monument of the ancient population of the British Isles is Stonehenge on the Salisbury plain,– a monumental stone circle and a memo­rial of the Stone Age culture.

The first ever inhabitants are believed to be hunters of the Old Stone Age who came from the Continent, to be followed by new waves of imigrants.

By the end of the Stone Age the Beak­er people who were called so after the clay mugs or "beakers" they could make,– were farmers and metal was al­ready being used.

The beginning of the Stone Age co­incided with the arrival of new invaders, mainly from France. They were the Celts. Reputed to be tall, fair and well built, they had artistic skills and were good craftsmen. Their dialects were imposed on the native population: the Gaelic form was spread in Ireland and Scotland, and the Brythonic in England and Wales. It was the Brythonic tribe of the Celts that gave its name to the whole country.

The culture of Celts in the Iron Age was not altogether barbaric. Their Priests, the Druids, were skillful in teach­ing and administration.

But the Romans came with a heavy hand,
And bridged and roaded and ruled the land,... 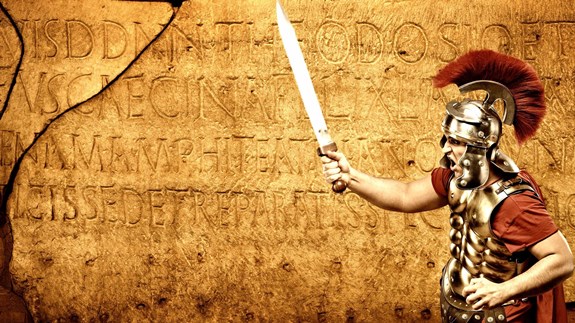 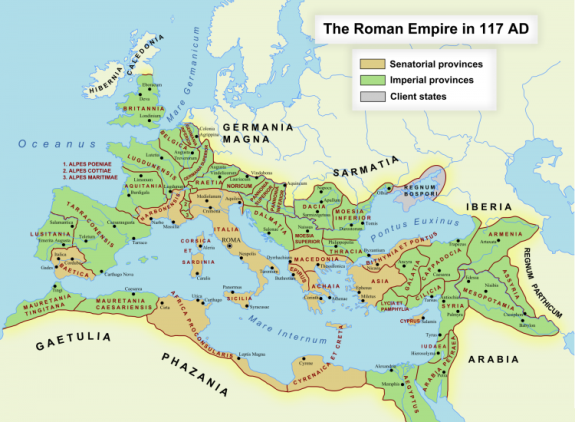 The Roman Emperor Julius Caesar carried out two expeditions in 55 and 54 ВС, neither of which led to immediate Roman settlement in Britain. Caesar's summer expeditions were a failure. Al­most a century later in 43 AD Emperor Claudius sent his legions over the seas to occupy Britain. The occupation was to last more than three centuries and the Romans saw their mission of civilizing the country. The British were not con­quered easily. There was a resistance in Wales and the Romans destroyed the Druids, a class of Celtic priests (or witch­doctors) as their rutuals alledgedly in­volved human sacrifice.

There was a revolt in East Anglia, where Queen Boadicea (Boudicca) and her daughters in their chariots were fight­ing against Roman soldiers and were de­feated. The Roman occupation was spread mainly over England, while Wales, Scotland and Ireland remained unconquered areas of the Celtic fringe – preserving Celtic culture and traditions.

The Romans were in Great Britain for over 350 years, they were both an occupying army and the rulers. They imposed Pax Romana,– Roman peace – which stopped tribal wars, and protected Britain from the attacks of outsiders – Picts in the North, Saxons from overseas. 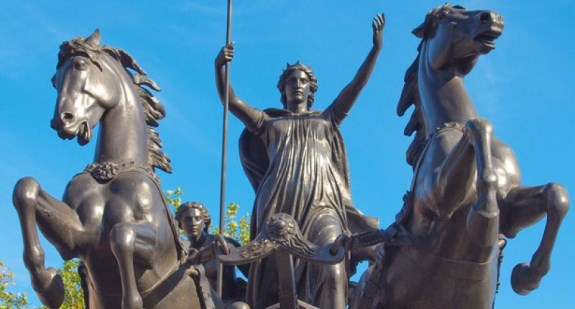 London is a Celtic name, but many towns that Romans built along their roads – Lancaster, Winchester, Chichester, etc. have the Latin component "castra"– a camp, a fortified town.

London was the centre of Roman Rule in Britain, it was walled, the Thames was bridged; and straight paved roads (Roman Roads,– that are as straight as a die) connected London with garrison towns.

Under the Emperor Hadrian in 120 AD a great wall was built across Britain between the Tyne and the Solway to pro­tect the Romans against the attacks of Scots and Picts.

Hadrian's wall was a vast engineer­ing project and is a material monument of the Roman times alongside with roads, frescoes and mosaics on the vil­las and baths (in the city of Bath).

The Romans also brought Christi­anity to Britain and the British Church became a strong institution.

The native language absorbed many Latin words at that time.

By the fifth century the Roman Em­pire was beginning to disintegrate and the Roman legions in Britain had to re­turn back to Rome to defend it from the attacks of the new waves of barbar­ic invaders. Britain was left to defend and rule itself.

Acceding to the writing of Venera­ble Bede, an English monk, barbaric teu­tonic tribes of Angles, Saxons and Jutes were making raids against the British throughout the fifth and sixth centuries. The British Celts tried to check the Ger­manic tribes, and that was the period of the half-legendary King Arthur and his knights of the Round Table who defend­ed Christianity against the heathen An­glo-Saxons.

The Germanic invaders first arrived in small groups throughout the fifth cen­tury but managed to settle and oust the British population to the mountainous parts of the Isle of Great Britain.

The Anglo-Saxons controlled the cen­tral part of Britain which was described as England while the romanized Celts fled West taking with them their culture, language and Christianity.

The Anglo-Saxon England was a net­work of small kingdoms.

The Anglo-Saxon kings were elected by the members of the Council of Chief­tains (the Witan) and they ruled with the advice of the coun­cilors, the great men of the kingdom. In time it became the custom to elect a member of the royal family, and the power of the king grew parallel to the size and the strength of his kingdom. In return for the support of his subjects,– who gave him free labour and military service, paid taxes and duties – the King gave them his protection and granted lands.

By the end of the eighth century the British Isles were subjected to one more invasion by nonChristian people from Scandinavia.

...But the Romans left
And the Danes blew in...
That's where your history book begins... 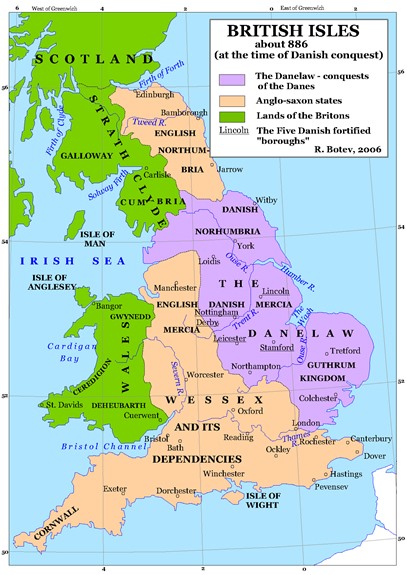 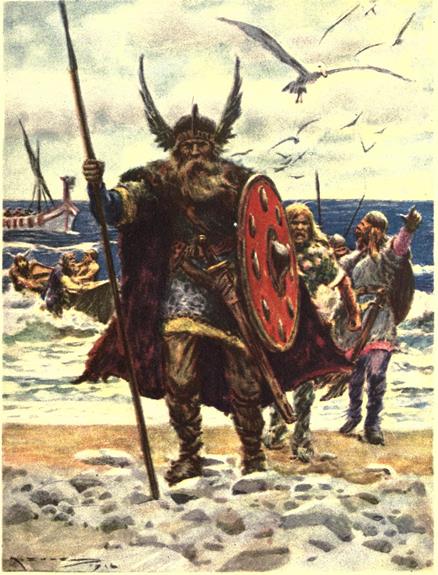 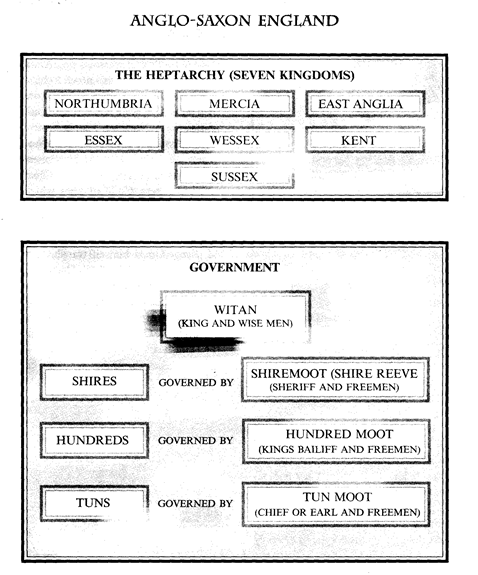 Chart 1. Note how Anglo-Saxon England was divided into Seven Kingdoms, known as the Heptarchy. The chart shows how each Kingdom was split up, and how each part had its own moot, or council, to look after its affairs. The Witan was the council for the country. 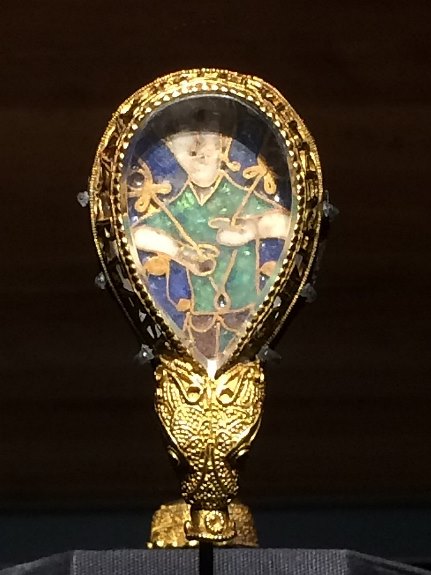 This precious object in the Ashmolean Museum, Oxford, bears the words “Alfred had me made”. It is known as the Alfred Jewel and could really have been ordered by Alfred the Great. 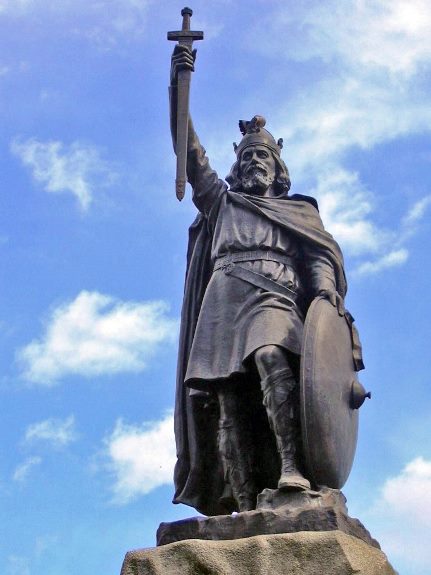 They were called Norsemen or Danes, or the Vikings. The Vikings were bril­liant sailors, they had the fastest boats in Europe, that were moving powered by sail. They crossed the Atlantic, and founded a colony in North America 500 years before Columbus. They had re­peatedly raided the Eastern Coast of England, and by the middle of the ninth century almost all English Kingdoms were defeated by the Danes. In 870 only Wessex was left to resist the barbaric Danes. At that time the West Saxons got a new young King, his name was Alfred, later he was called Alfred the Great. And no other king has earned this title. Alfred forced the Danes to come to terms – to accept Christianity and live within the frontiers of the Danelaw – a large part of Eastern England, while he was master of the South and West of England.

King Alfred was quick to learn from his enemies: he created an efficient army and built a fleet of warships on a Dan­ish pattern, which were known to have defeated Viking invaders at sea more than once. They were forced to go South and settle in Northern France, where their settlement became known as Nor­mandy, the province of the Northmen. The England of King Alfred the Great received a new Code of laws which raised the standards of English society. New churches were built, foreign schol­ars were brought, schools were found­ed, King Alfred himself translated a number of books from Latin, including Bede's Historia Ecclesiastica and began the Anglo-Saxon chronicle, a year-by year history of England.

Alfred the Great saved England from the Danish conquest, but in the 10th– 11th centuries the Danes managed to expand their possesion in Great Britain and from 1013 to 1042 the Danish royal power triumphed in England. King al power triumphed in England. King Canut's empire included Norway, Den­mark and England. In 1042 the house of Wessex was restored to power in Eng­land, when Edward the Confessor was elected king by the Witan. He was half-Norman, had spent his exile in Norman­dy, and Wiffiam the Duke of Normandy was his cousin and a close friend.

Edward the Confessor was a religious monarch and devoted his attention to the construction of churches and most of all to the building of Westminster Abbey.

Edward the Confessor died in 1066 without an obvious heir. And the Witan elected Harold, a Saxon nobleman from the family of the Godwine, the king of England. Harold's right to the English throne was challenged by William the Duke of Normandy who claimed the English Kingdom as his rightfull inherit­ ance which had been alledgedly prom­ised to him by the late King Edward the Confessor.

1066 was a crucial year for the Saxon King, and for the history of the English.

Harold had to fight against two ene­mies at the same time. In the South Wil­liam of Normandy was preparing to land in England, in the North, in Yorkshire, the Danes renewed their attacks against England.

Harold succeded in defeating the Danes and rushed his armies back to the South to meet William who had landed near Hastings. His men were tired, though they had done so well in the bat­tle against the Danish vikings. William's army was better armed, better organized and he had cavalry.

Had Harold waited and given his army a rest, the outcome of the battle might have been different. 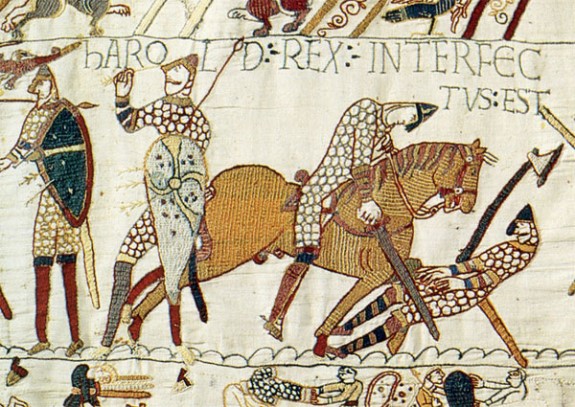 The Bayeux tapestry tells the story of the Norman Conquest in picture and captions, like a comic. It took many hands and many month to make. The word on this piece say "King Harold is killed". It was once thought that the fird figure from the left represented Harold, and that Harold was killed by an arrow in the eye. But probably the fallen man farther right is the king.

But after a hard and long struggle Harold and his brothers were killed in the battle of Hastings and the flower of Saxon nobility lay dead together with them on the battle field.

The Bayeux Tapestry (231 feet long 19 inches wide) tells a complete story of the Norman Conquest of Saxon Eng­land in over seventy scenes. In one of the scenes the Latin writing says "Ha­rold the King is dead", and under the inscription stands a man with an arrow in his eye believed to be King Harold.

William captured London and was crowned King of England in Westmister Abbey on Christmas Day, 1066.

The Norman period in English histo­ry had begun.

Some historians argue concerning pos­sible ways of English history, had the An­glo-Saxons defeated William. But History doesn't rely on the Conditional Mood.

All the invasions, raids and conquests were contributing new and new waves of peoples to be integrated into a newly appearing nation of the English, to un­derstand which we must know its his­torical roots, studying historical facts.

1. What is traditionally said about the geographical position of Britain? What do you think of it?

2. What material monuments of Pre-Celtic population culture still exist on the British territory?

3. Which of the Celtic tribes gave their name to their new home-country?

4. What functions were performed by Celtic Priests? What were they called?

5. Which Roman expeditions were successful in subjugating Britain and when? Was it a peaceful development?

6. What are the well-recognized contributions of Roman civilisation to British culture?

7. Did King Arthur and his Knights of the Round table exist and when if they did?

8. What Germanic tribes invaded Britain from the Continent and what states emerged as a result of that invasion?

9. What was the historical role of the Vikings on the British Isles?

10. Which of the Anglo-Saxon kings rightly deserved the title of Great? What were his great accomplishments?

11. In what way was Edward the Confessor responsible for William's claim to the English crown?

12. What: is the name of the battle which is a historic turning point for England?